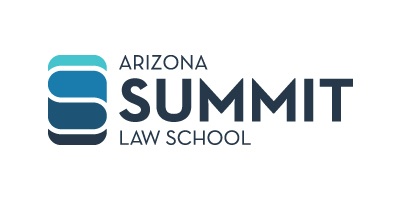 A year ago, Kelly Blake was stressed out. The Arizona Summit School of Law graduate was studying for the state bar and suspected that her chance at passing was about 50 percent.

“A bar coach told me that if I was having doubts, there was this program coming up,” says Blake, referring to the school’s Legal Residency Program. To participate in it, Arizona Summit graduates delayed taking a bar exam, and in exchange got four months of specialized bar review courses, optional law clerk positions and a stipend of approximately $36,000.

It was open to all Arizona Summit graduates planning to take a bar exam, but the school does not it encourage it for people who appear ready for the test, Alan Mamood, the program’s lead instructor, says.

Blake decided to join the program. The January 2015 graduate and 35 other program participants were expected to take the February 2017 bar exam.

“I had studied all summer for the bar and I wanted to take it, but I had not secured a job and I have four children,” says Tracy Gillespie, another 2015 Arizona Summit graduate in the pilot program. “It’s a great opportunity the school offers for those people who for whatever reason are not able to really get the full studying the first time around,” Gillespie says.

A for-profit law school that is part of the Infilaw System, Arizona Summit had a bar passage rate of 24.6 percent for its July 2016 first-time test takers.

Some law school critics accuse the school of paying students to sit out the bar exam as a way to increase bar passage rates. The cynical view is that money spent on the pilot project could be a cost of doing business for the law school, which has 279 students and charges $45,424 for annual, full-time tuition.

Donald Lively, the law school’s president, objects to accusations that his school’s legal residency program is meant as a tool to deceive people.

“No one is bought off. All we’re trying to do is come up with an innovative solution for what has been a very vexing problem,” Lively says. “We bring in students who are in catch-up mode. They’ve gone to schools in less advantaged communities, and many have not had the same level of quality education as people who grew up in more fortunate circumstances.”

From August 2016 to December 2016, Legal Residency Program participants attended class lectures four days a week in the mornings, focusing on things like writing and strategic approaches to multiple-choice questions. After class and on Fridays, they spent up to 20 hours a week clerking for various legal offices. Their stipend came from the law school, Lively says, not lawyers who benefited from the work.

There was no cost to participants, according to Lively. The classes and clerk work stopped in January 2017 so participants could devote themselves to bar study. All participants interviewed by the ABA Journal opted for online bar review, and some expected to go back to the clerkships after taking the exam.

“I am feeling very optimistic,” says Mamood, about how he thinks his charges will do on the bar exam. “The level of growth the majority of students displayed from the beginning to end was substantial.”

The 2016 amended complaint (PDF), brought by a former Arizona Summit employee and student, alleges fraud, negligent misrepresentation and civil rights violations, and accuses all three Infilaw law schools of paying “substantial and material numbers” of recent graduates to defer or forgo taking bar exams, based on calculated estimates that they would fail. The court in December 2016 granted the law school’s motion to dismiss Paula C. Lorona’s charges of consumer fraud, common law fraud and negligent misrepresentation; other portions of the case are pending.

It’s not uncommon for a law school to suggest that a student postpone a bar exam, if there’s a sense that he or she is not ready, legal academics say, but paying a stipend for it is novel.

ABA law school accreditation standards do not appear to prohibit the stipends. However if a significant portion of a class participated in the program, it could raise questions about whether the institution was in compliance with Standard 501, which states that schools should not admit people who don’t appear capable of completing its program and being admitted to the bar.

“There’s a lot of ways to assess student skills and abilities throughout law school, and it’s better to provide the services from the first year all the way through the final year of law school,” says Jamie Kleppetsch, the director of John Marshall Law School’s academic achievement program and president of the Association of Academic Support Educators.

Another suggestion is that students would be better served with a program that started a year before law school, so they’d be ready to succeed as 1Ls.

“Schools at the bottom tiers take more at-risk students, and it’s entirely possible you have difficulties trying to accomplish all of your goals in three years,” says Russell McClain, a law professor who directs the academic achievement program at the University of Maryland Francis King Carey School of Law.

Having a bar passage rate of 24.6 percent doesn’t mean that Arizona Summit shouldn’t exist, he adds, but it does suggest the school needs to improve how it prepares students for the bar exam.

“It’s unquestionably the obligation of a law school to ensure that if you admit students you give them the support that they need,” McClain says.