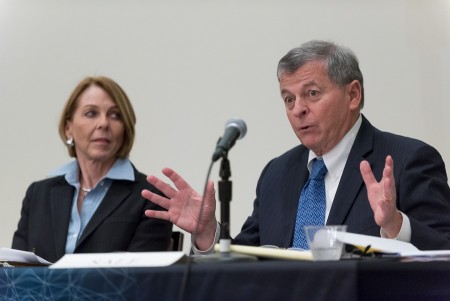 President Donald Trump’s administration is expected to bring significant change to enforcing laws. Despite the president’s at times unpredictable approaches to governance, a panel of experts provided some possibilities for enforcement priorities at the ABA Midyear Meeting in Miami.

Although prognostication is no more than a wild guess in many areas of the law at this early stage of the Trump administration, the panelists provided some thoughts and guidance on likely enforcement priorities in immigration, antitrust, and regarding the the Foreign Corrupt Practices Act and street crime. The program was titled “Enforcement Priorities in the Trump Administration” and sponsored by the ABA Criminal Justice Section.

Despite the campaign meme about whether to take Trump literally or seriously, Jon A. Sale, a former federal prosecutor and co-chair of the white-collar defense and compliance department at Broad and Cassel in Miami, does both. No one has inside information, Sale said. But there already has been a signal through the press that “what he said, what he campaigned on, he means it. It’s what he’s going to do.”

Sale said that in conversations with a senior official on Trump’s transition team looking at justice issues, “emphasizing criminal immigration enforcement” likely will be stressed. Sale also noted that, despite expectations that the president will be business-friendly, that might not apply in some antitrust matters. “This administration has a strong belief in competitiveness, and some megamergers might be looked at closely,” Sale said. 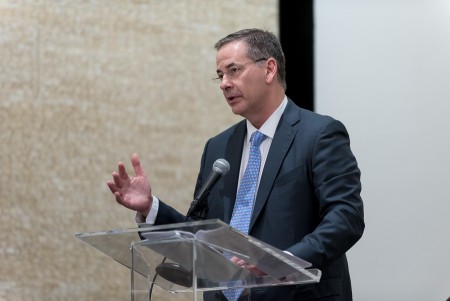 The Foreign Corrupt Practices Act, which prohibits paying bribes or other rewards to foreign officials to further a business interest, likely will be in play during the Trump administration, some panelists said.

The Securities and Exchange Commission plays a prominent role in FCPA enforcement, and many investigations have ended in settlements with deferred prosecution agreements or nonprosecutions outside the judicial process, said panelist Jane Serene Raskin of Raskin & Raskin in Miami. Raskin is a former federal prosecutor and counsel to the assistant attorney general of the criminal division in the Department of Justice. One result, Raskin said, is that the statute has been interpreted with “very little judicial weighing in.”

Raskin said “this administration might shake things up a little bit” and look more carefully at the anti-competitive influence on our global competitiveness.

Moderator Marcos Daniel Jimenez, a partner in the Miami office of McDermott Will & Emery and former U.S. attorney for the Southern District of Florida, noted that in 2012, Trump commented on CNBC that the United States is crazy to prosecute the FCPA in places such as Mexico and China. But the FCPA is a huge moneymaker, bringing in tens of billions of dollars in settlements. 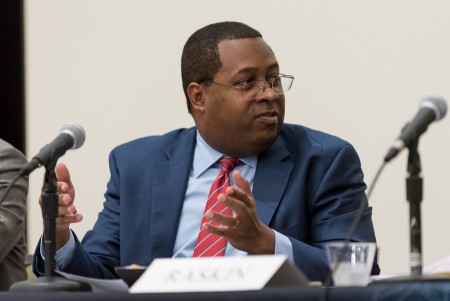 Reginald J. Brown, who once worked in the White House Counsel’s office. Photo by Tom Salyer.

There’s third-party pressure through the news media concerning Trump and the Constitution’s emoluments clause and his worldwide business holdings. “I can see where cutting back would look like going easy on himself,” said panelist Reginald J. Brown, who worked in the White House Counsel’s office and is chair of WilmerHale’s financial institutions group in Washington, D.C., and leads its congressional investigations practice.

The president recently and aggressively called out the city of Chicago for violent crimes, with the threat of sending in “the Feds.” But violent crime has been going down for years, and the spike in Chicago is gun violence.

“What about the president’s pledge to uphold the Second Amendment rights?” said Jimenez, wondering what the administration might do to handle the National Rifle Association and others to reduce gun violence.