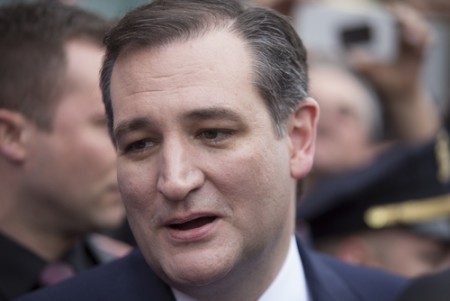 U.S. Sen. Ted Cruz on Thursday predicted there will be another vacancy on the U.S. Supreme Court by this summer.

The Republican senator from Texas made his prediction at the Conservative Political Action Conference, report Talking Points Memo, the Washington Post and the Washington Examiner.

“I think we’ll have another Supreme Court vacancy this summer,” Cruz said. “If that happens, as much as the left is crazy now, they will go full Armageddon meltdown because the next vacancy is where we’ll have the ability to act” and affect constitutional law.

The Washington Post blog the Fix offers some theories about the reason for Cruz’s statement.

The first is that Cruz actually has information that a liberal justice, or that swing voter Justice Anthony M. Kennedy, will be retiring. The Fix deems this an unlikely possibility, however. Would any justice actually tip off Cruz or anyone else about his or her plans? And if Cruz did have knowledge, he could face questions about how he had access to the sensitive information.

A third theory—and the most likely scenario, according to the Fix—is that “Cruz was just spitballing. That seems out of character for him, yes, but maybe he just made a wild prediction based on nothing more than his own intuition and logical deduction.”