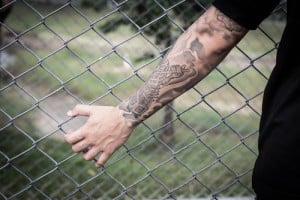 Sex offenders, particularly offenders convicted of pedophilia-related crimes, tend to have the fewest number of tattoos, according to an analysis of Florida prison records.

The Economist conducted the analysis, which found that prisoners convicted of property crimes or weapons-related charges were most likely to have tattoos. The most popular tattoos had no criminal association; they included names, animals, Christian symbols, and mythical creatures such as dragons and unicorns.