Move of the week 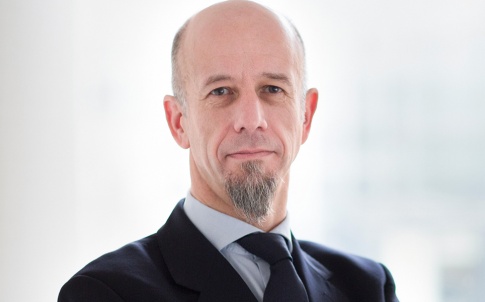 Squire Patton Boggs has hired King & Wood Mallesons (KWM) energy heavyweight Ian Wood as a partner in its energy and natural resources practice group in London. He was previously a partner in KWM’s energy and infrastructure group after joining the firm in 2015 from DLA Piper. He brings with him to Squire Patton Boggs senior associate Rebecca Slater.

Blake Morgan partner and head of the residential real estate team Pervaze Ahmed has left the firm to take up the same position at Howard Kennedy.

Herbert Smith Freehills has expanded its TMT team with the ­addition of counsel Aaron White who joins from Ashurst.

Gowling WLG has hired Gordon Bell as a ­partner in its ­dispute ­resolution group. He was ­formerly a ­partner and co-head of ­international ­arbitration at  Reed Smith.

Eversheds Sutherland has also bolstered its EU and competition team with the hire of Peter Harper as a partner. Harper has spent the past 10 years at Allen & Overy, where he was most recently a senior associate.

Squire Patton Boggs has recruited Jeremy Cape as a partner in the firm’s tax strategy and ­benefits practice group. He joins the firm from ­Dentons, where he was a ­partner.

Goodwin has ­welcomed back former associate Matthew Pohlman as a partner in its hospitality and leisure practice. He was most recently corporate counsel at hotel company Four Seasons Hotels & Resorts.

Pinsent Masons has expanded its intellectual ­property capability with the appointed of ­Alexander Bayer as a partner and Peter Koch as a legal director. Both join the firm in Munich from Gowling WLG together with senior associate Jörg Khöber.

Dentons has appointed two new partners, with one joining the firm’s Berlin office and one joining in ­Frankfurt. Former DLA Piper partner Stefan ­Dittmer joins the firm’s IP and technology ­practice in Berlin, while former ­Shearman & Sterling head of arbitration Amy Kläsener has joined the firm in Frankfurt.

Ignacio Marqués has left Baker McKenzie, where he was a director, to join IP boutique Grau & Angulo in Barcelona. He joins the firm as an associate.

DLA Piper has appointed Outi ­Tähtinen as a partner and head of employment in Finland. She joins the firm in Helsinki from local firm Castrén & Snellman, where she was counsel.

US and North America

Mayer Brown’s Chicago office has hired Michael Scodro as a partner in the supreme court and appellate practice. He joins from Jenner & Block, where he was a partner.

Allen & Overy has announced that Eugene Ingoglia has joined the firm as a partner in its ­investigations and litigation practice in New York. He joins from ­boutique ­litigation firm ­Morvillo, where he was a partner.

Edward Smith has joined DLA Piper’s telecommunication practice as a partner in Washington DC. He was most recently an adviser to the chairman of the ­Federal ­Communications Commission.

Hogan Lovells has expanded its ­antitrust, ­competition and economic ­regulation practice with the ­addition of Andrew Lee as a partner in Washington DC. He joins from Steptoe & ­Johnson, where he was a ­partner.

Winston & Strawn has launched in Dallas with a 22-partner hire from firms including Jones Day, Norton Rose Fulbright, Greenberg Traurig and Locke Lord. Among those to join the firm is Locke Lord real estate investment trusts chair and ­former ­managing partner Bryan Goolsby who has been named as ­Winston’s Dallas co-head. He brings with him a six- partner team from  the firm.

Eric Foster has returned to Dentons as a partner in its corporate group in Toronto. Foster began his career at the firm and re-joins from Torys.

Ashurst has strengthened its M&A practice in Melbourne with the appointment of two new partners. John Brewster moves to the firm from ­Clayton Utz, while Shane Kyriakou joins the firm from ­Herbert Smith Freehills.

Clyde & Co’s Dubai shipping ­practice has been boosted with the appointment of Ian Chung as a ­partner. He joins from ­Holman Fenwick Willan where he was a partner in the corporate group.

EY Law has appointed ­Junzaburo Kiuchi as managing partner in Japan. He joins the firm from the Tokyo office of ­Freshfields ­Bruckhaus Deringer, where he had been a partner since 2007.

Charles ­Russell Speechlys has appointed partner Nick Hurley as head of employment, ­pensions and immigration. The firm has also appointed ­partner Chris Putt as head of the firm’s corporate group.

Withers has appointed partner Suzanne Todd as head of the firm’s London family law practice. She joined the firm as a trainee in 1997 and replaces Julian Lipson, who remains a partner at the firm.