Linklaters has made up 26 associates to partner in its latest promotions round, including eight in the UK.

The firm’s corporate division welcomes 12 new partners, as does the finance and projects division, with dispute resolution taking two.

The round sees five women and 21 men given the nod. Senior partner Charlie Jacobs, Senior Partner at Linklaters, said: “As excited as we are by today’s announcement, we are disappointed that we have failed to reach our target for female partners in this year’s election. We remain absolutely committed to this important goal and acknowledge that despite firm-wide progress on diversity, we must and will strive to do better.”

In London, the firm has made up two tax specialists – James Morgan and Mavnick Nerwal. Two mainstream corporate lawyers have also been promoted: Fionnghuala Griggs and Kanyaka Ramamurthi. 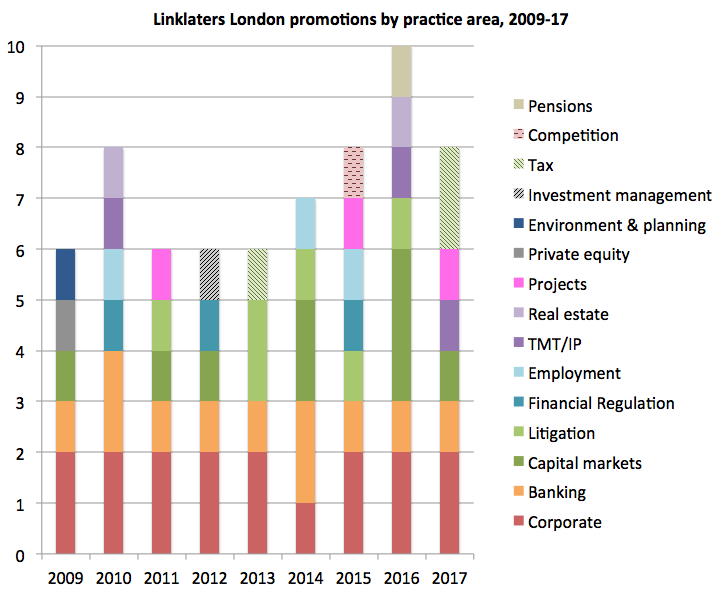 The other promotions in the City are the banking team’s Ian Callaghan, capital markets lawyer Reza Taylor, Ilia Ditiatev of the projects team and TMT/IP lawyer Yohan Liyanage.

Away from London, the Paris and Frankfurt offices have most promotions this year: three each.

Two are made up in Hong Kong, the office after London that has seen most promotions in the last decade.

The Warsaw office gets its first promotion since 2013, and Abu Dhabi its first since 2012. 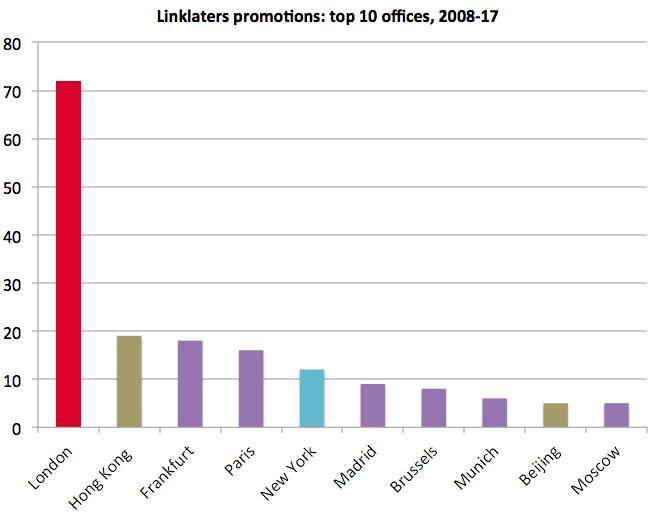 This promotions round is the firm’s largest since 2008, when Linklaters made up 28 associates. 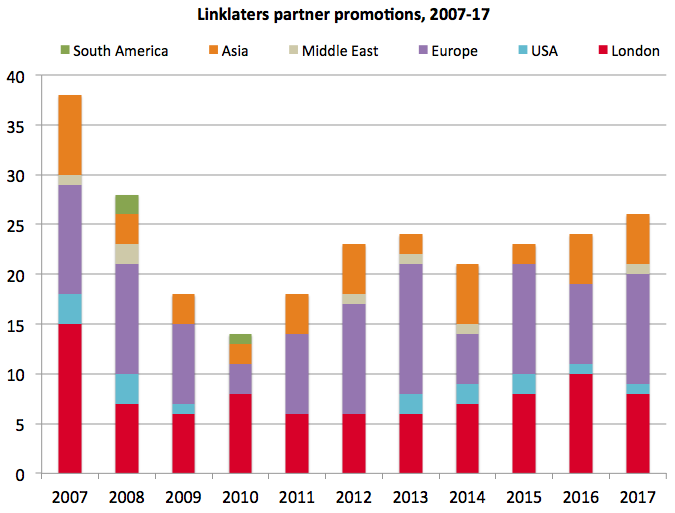 The promotions take effect on 1 May.

The post Linklaters makes up 26 in largest promos round since 2008 appeared first on The Lawyer | Legal News and Jobs | Advancing the business of law.