What do international firms and law firm networks have in common? Most would agree the main similarity is their cross-border appeal. The success of both relies in great part on international networks of firms which become a hook for clients searching for multi-jurisdictional capability.

For many networks, the average number of partner firms involved in a deal is still two, but a look at the key deals and projects involving major input across the piece prove that this is not a failure of the system.

“We anticipate that more jurisdictions will be involved in future deals,” Meritas president and CEO Tanna Moore says. “One of our member firms is working on a deal involving 20 of our member firms. Increasingly, businesses must not only be able to perform locally, but also on a global scale. For this to be feasible, they will require legal advice from other jurisdictions.” 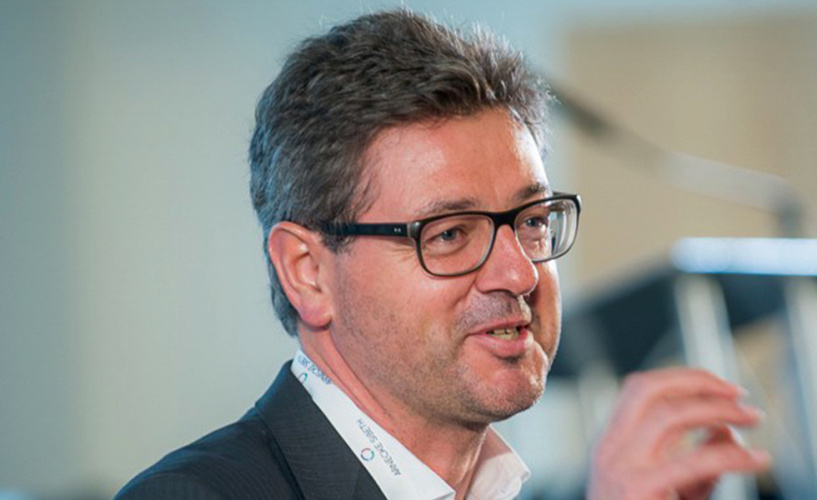 Interlaw chair Michael Siebold says that any change in this number will be entirely client-led, depending on the requirements of each deal or project.

“In some instances there could be a dozen jurisdictions involved in a piece of work, or it could be specific to just one location,” he says. “In our experience it averages out at around two to three jurisdictions, but that’s almost immaterial. What matters is that elite independent networks can flex to the needs of the client with the reassuring depth of expertise wherever they need legal advice.”

Referral systems, and referral tracking, has become the norm for both international firms and independent law firm networks seeking to improve the relationship between lawyers from different jurisdictions.

“Tracking referrals is just one piece of the ­puzzle – we want a clear understanding of how clients’ needs are evolving and how we can deliver a seamless service across continents,” Siebold says. “A robust process for tracking referrals has always been in place, but we are now monitoring and analysing more data to build a detailed picture of how work flows around the network. We have invested in an online digital directory with the capacity to hold more than 10 million individual data records, along with a bespoke client management and feedback system .” 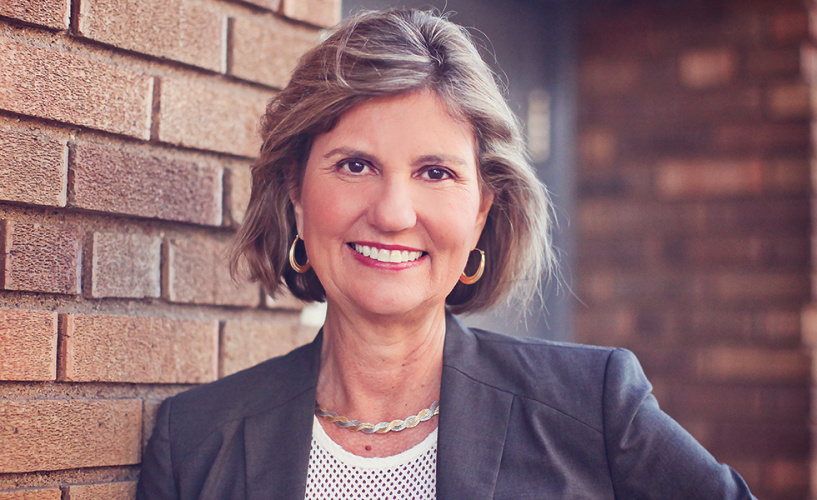 Moore adds: “We measure our success with Meritas’ referral reporting program, which has been a core part of our network since its inception. We track all referrals, get peer review feedback from referring firms and clients, and every firm’s performance and feedback is reflected in a Satisfaction Index score. Each firm’s score is available on our website.”

Deal origination is also changing for networks, with more referrals coming directly from in-house rather than a partner firm. 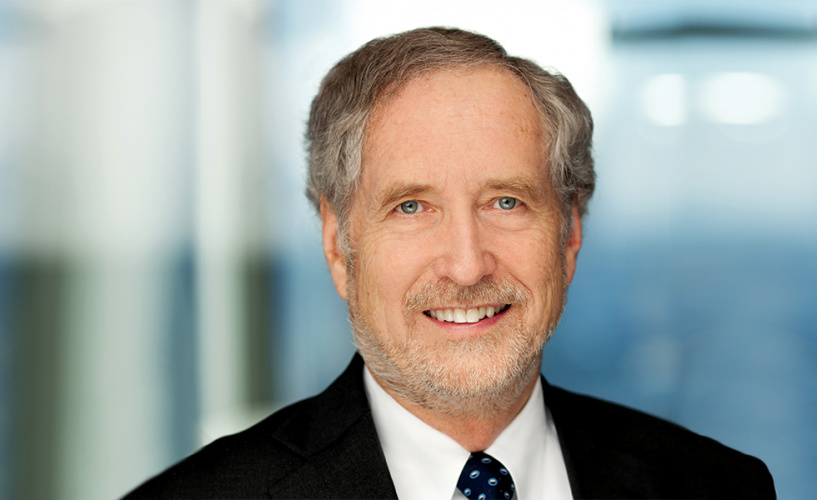 “Our member firms provide aggregated referral information,” Lex Mundi president Carl Anduri says. “Tracking repeat business within the network is done by staying in touch with the clients and the firms they work with. More times than not the clients will continue to work with our firms and have new instructions.”

For others, clients are slowly gaining ground.

“Historically, deals originated from the clients of our network firms but this is changing,” Siebold explains. “General counsel are looking for  quality-assured local expertise in every jurisdiction in which they operate and are starting to see through the ‘emperor’s new clothes’ approach from global law firms who take little more than a logo to some parts of the world. Whereas, the elite networks offer consistent quality throughout the world.”

That is not the rule for all.

“Most new deal work originates from member firms,” Henry Trueheart of TerraLex says. ­“TerraLex teams work together to identify opportunities and make collaborative responses to requests for proposals (RFPs). This will probably remain the case for some time considering the close relationships our members have with their clients, but TerraLex has an ever-growing community of corporate counsel we work with directly.”

“Most deals at Meritas originate from our member firms and we don’t expect this to change,” she says. “Our firms are looking for a safe place to refer business, and we ensure this with our network’s culture, professionalism and  tight quality controls.”

To see these referrals in action The Lawyer has tracked some of the biggest deals from the most prominent networks from point of origination to closing date.

The turnaround was quick, with firms completing the deal in two weeks with individual agreements with the final client. This was not the first time that Hera Capital Partners and DSG Consumer Partners used an Interlaw firm – they had a previous relationship helping them with their fund formation and investments.

TerraLex firm Eugene F Collins acted for long-time client Ross Meadow Holdings on its acquisition of the entire issued capital of RIC Publications Pty Ltd, an Australian-based education publishing business. Their instruction on this matter was thanks to the firms’ involvement in the TerraLex network.

The firm called on Lander & Rogers in Australia, Duncan Cotterill in New Zealand and Fairbridges Wertheim Becker in South Africa to help lead on the transaction.

The deal, which took six months to negotiate and was agreed in early February 2016, involved sales agreements in Australia and Ireland. The acquisition was also debt-financed by both senior and mezzanine debt.

Complexity arose in co-ordinating the legal firms and their time zones; the purchaser entity being controlled by an existing shareholder in the target; and the deliberately ‘light’ legal representation for the remaining shareholders who were selling to the purchaser, requiring Lander & Rogers (as purchaser’s lawyers) to design the seller’s data room and then extract the disclosure from the sellers to a level satisfactory to permit due diligence.

Ireland’s McEvoy Partners and Clifford Chance acted for the other party.

The matter required complex advice due to the transaction structure and multi-jurisdictional nature of the operations. Each jurisdiction required documents including specific provisions. The team addressed the transfer of the assets and real estate, employment and various merger laws.

The first phase was successfully closed in 2016 and included all IPS operations worldwide other than in the Middle East and Africa.

Global network of the year: Shortlist 2017

Which network is best?

Globalaw is shortlisted following a series of rollouts across its network in the past year.

The independent law firm network has secured several new sponsors to boost its offering to members including Powerling, which provides three levels of translation on demand to members via the Globalaw website, ranging from basic to full, legally acceptable translations for official purposes.

The network has also signed up insurance broker sponsor EPIC, which is developing a global insurance policy to cover all work referred around the network for Globalaw and its clients.

Alvarez & Marsal, another Globalaw sponsor, is linking up with its alternative dispute resolution and insolvency and reconstruction initiatives, meaning firms can bring together two professional skill-sets to enhance the client offering.

Other initiatives include a general counsel programme whereby firms regularly invite in-housers to Globalaw’s regional and annual meetings where they take part in panels and workshops designed to boost cross-border initiatives.

2016 was a year of high ambition for Interlaw, with a vision to put the digital infrastructure in place to create a virtual global legal services solution that meets the needs of its multinational clients. In partnership with legal tech start-up calls9 Interlaw has embarked on a series of digital transformation projects.

Having taken the decision to invest, execution has been swift, beginning with the launch of a web platform in October 2015 – bedrock of the technological changes to come. This was followed swiftly with the introduction of refreshed branding to complement the organisation’s refined strategy and then an online digital directory that acts as a caucus for all the other digital transformation projects, with the capacity to hold millions of individual data records.

A bespoke client management and feedback system came next, and is being piloted across a pool of member firms. It will be launched to the entire network in 2017.

Interlaw completed a strategic review of its board structure, streamlining its number of directors from 10 to eight.

Interlaw chair  Siebold was reappointed in 2015 to continue in post until 2018, with Shipman & Goodwin partner Glenn Cunningham expected to take over after that.

The independent network has redeveloped the processes it uses to onboard new members. This process focuses on enhanced relationship developed by providing new members with a board advisor, facilitating cross-marketing introductions in their region and strongest practice areas, and helping to integrate them through ‘First Timers’ Receptions’ at conferences, feedback with the administration in early membership and a welcome webinar.

After a period of growth L&E Global has been  investing in solidifying the organisation with the appointment of executive director Jeroen Douwes (former director of business development at CMS), and exploring ways to foster innovation in the face of technological changes such as AI.

To effectively manage the network’s expanding list of clients L&E Global has devised a range of business development and strategic resourcing options, including new technologies, to assist with sophisticated project management and process improvement as part of a long-term strategy. This includes tech such as Salesforce, the launch of a business development committee, tailormade cross-jurisdictional comparisons, cross-border pitch presentations, and legal practice groups and activities.

Over the past 18 months Meritas has implemented a number of major operational developments. These have included strengthening and expanding its regional structure to ensure members in different regions receive better support. It has put in place four regional directors covering Asia and Australia, the Caribbean and EMEA, Latin America, and the US and Canada.

Reflecting the international needs of clients, the Meritas network now covers more than 80 countries and continues to grow, focusing expansion on the developing regions of Africa and Latin America as well as broadening its coverage in Europe and North America.

Operationally, over the past year the network has enhanced its governance by creating new member-led regional leadership groups tasked with driving member engagement in the regions.

Technology was also the main trend at Multilaw last year, with the launch of project management software to collaborate on multi-jurisdictional projects. Through this process firms will be able to manage large-scale projects on a secure tech platform, from file collaboration through to billing. Clients can also access the portal and view the status of work, and billing fees.

The network has also launched an online referrals system to identify cross-selling opportunities and a business opportunities portal for firms to match clients to potential investors.

WSG and Santander Bank’s international desk have entered into an agreement establishing WSG as a go-to source for the legal needs of the international corporate clients of the global bank. This innovation has proved to be a game-changer for the  network, with more projects set to follow.

The post Law firm networks flex their cross-border muscle appeared first on The Lawyer | Legal News and Jobs | Advancing the business of law.