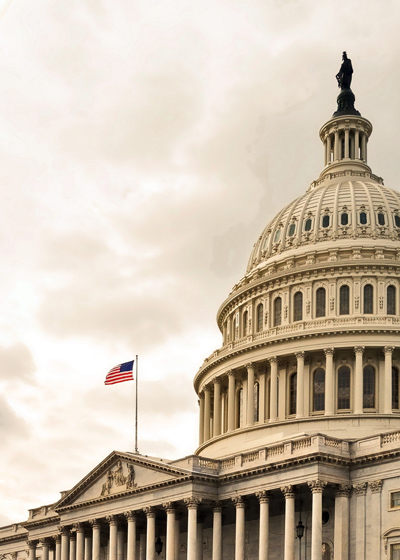 Updated: The Fairness in Class Action Litigation Act of 2017, which suggests many changes aimed at reducing class-action lawsuits, was passed by the U.S. House of Representatives Thursday.

And Friday morning, the House also passed the Lawsuit Abuse Reduction Act of 2017.

The ABA sent letters to the House this week in opposition to both bills.

One of the Fairness in Class Action Litigation Act of 2017’s major provisions would require federal courts to deny class-action certification unless every one of the proposed class members was affirmatively demonstrated to have “suffered the same type and scope of injury” as the named plaintiffs or class representatives.

The American Bar Association opposes the bill. A letter (PDF) sent Monday by Thomas M. Susman of the ABA’s Governmental Affairs Office stated that the legislation would “unnecessarily circumvent the Rules Enabling Act; make it more difficult for large numbers of injured parties to efficiently seek redress in court; and place added burdens on an already overloaded court system.”

“This requirement places a nearly insurmountable burden for people who have suffered personal injury or economic loss at the hands of large institutions with vast resources, effectively barring them from bringing class actions,” Susman wrote.

“For example,” Susman continued, “in a class action against the Veterans Administration, several veterans sued for a variety of grievances centered on delayed claims. The requirement in this legislation that plaintiffs suffer the same type of injuries might have barred these litigants from forming a class because each plaintiff suffered harms that were not the same.”

Another reason Susman cited for the ABA’s opposition to the legislation was that it would “circumvent the time-proven process for amending the Federal Rules of Civil Procedure established by Congress in the Rules Enabling Act” and potentially violate the separation of powers. Susman points out that the Judicial Conference of the United States is already in the process of considering changes to class action guidelines, and that the U.S. Supreme Court’s 2016 Tyson Foods v. Bouaphakeo decision would also have an impact on what conditions must be met for classes to be certified.

“Courts have the inherent authority to control the proceedings in their courtrooms, including the power to regulate attorneys,” the letter states. “Federal statutory changes in these areas would have substantial adverse effects on the fairness, efficiency and timeliness of relief under class action processes, ultimately usurping the traditional regulatory authority of the courts.”

Susman also signed a letter (PDF) on behalf the ABA this week in opposition to H.R. 720, known as the Lawsuit Abuse Reduction Act of 2017. That bill passed Friday morning by a vote of 230 to 188, the National Law Journal and the Hill reported.

The Lawsuit Abuse Reduction Act of 2017 amends Rule 11 of the Federal Rules of Civil Procedure to require judges to sanction attorneys who file lawsuits deemed to have no merit. The attorneys who are sanctioned would be forced to pay the opposing parties’ attorney fees and other expenses. A provision like this was in place between 1983 and was rolled back in 1993. Currently, judges file sanctions at their own discretion, and there is a 21-day “safe harbor” period following the filing of a motion for sanctions during which parties can choose to withdraw litigation before possibly facing a sanction.

“There simply is no proof that problems created by frivolous lawsuits have increased since 1993 or that the current Rule 11 is ineffective in deterring frivolous filings,” the letter states. “Most importantly, there is no evidence that the proposed changes to Rule 11 would deter the filing of non-meritorious lawsuits. In fact … past experience strongly suggests that the proposed changes would encourage new litigation over sanction motions, thereby increasing, not reducing, court costs and delays. This is a costly and completely avoidable outcome.”

The Fairness in Class Action Litigation Act of 2017 and the Lawsuit Abuse Reduction Act of 2017 are two of a number of bills in Congress targeting tort reform. The bills resemble legislation that has been blocked by the Senate before, but with Republican majorities in both houses of Congress and in the White House, there is a new push to get them passed, the Washington Post reports.

Updated at 12:15 p.m. to include information from the ABA letter regarding the Lawsuit Abuse Reduction Act.