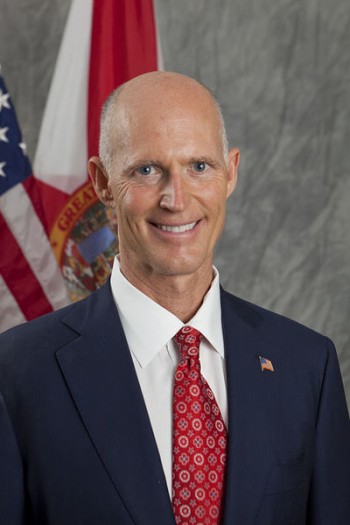 Florida’s spending on outside law firms working for the state government since 2011, when Gov. Rick Scott took office, including mandatory fees paid to opponents’ private lawyers, exceeded $250 million, though no agency or official keeps a tally of all such spending, the Associated Press reports. More than $237 million was spent on private lawyers, and $16 million was spent on reimbursing opponents’ attorney fees.

Those expenditures have included the Scott administration’s losing battles over politics and policy, but also litigation related to a water-source war with Georgia. Florida’s Department of Environmental Protection has spent more than $41 million on outside lawyers in that battle in just the past 18 months..

That agency’s spending on outside lawyers is a “runaway train,” says Carlos Trujillo, a Miami Republican in the state House of Representatives, who chairs the Appropriations Committee.

When told by the AP that the state’s overall spending on outside legal help since 2011 totaled about a quarter-billion dollars, Trujillo replied: “Insane.”

No agency or official keeps track of overall spending on outside lawyers from the state’s $82 billion budget, and the governor, legislature and other elected officials do not have to report outside legal spending to the state’s attorney general.

The attorney general’s office has a staff of about 450 lawyers and a $309 million budget, and Whitney Ray, a spokesman for Attorney General Pam Bondi, told the AP that the office doesn’t keep tabs on spending for private attorneys: “We do not have that information and are unaware of a way to capture expenditures for the purchase of outside legal services that would not entail an exhaustive search of documents.”

The AP’s tally resulted from analyzing documents, including those from public records requests. The state has averaged about $40 million annually in the outside expenditures since 2011, plus the $16 million since 2011 in payments to opposing counsel.

In comparison, New York spent more than $86 million during that time period, averaging $17 million annually, and in California Democratic leaders have approved payments of $25,000 a month to former U.S. attorney general Eric Holder and his law firm for battles stemming from President Donald Trump’s policies.

A spokeswoman for Florida Gov. Scott, Jackie Shutz, told the AP that private law firms are needed “when there are complex legal matters or specific expertise needed.”

“It’s no surprise that our office vigorously defends the laws we sign,” Shutz said.

Florida has battled with Georgia for decades over the amount of water Georgia takes from the Apalachicola, Chattahoochee and Flint river basin, and Bondi’s office brought in the megafirm Latham & Watkins to handle the matters. Thus far, the firm’s bills have been almost double the amount of money Gov. Scott requested in 2014 to repair the Apalachicola Bay watershed.

“It’s important to make sure that Florida gets the water it deserves,” Scott said.

The interim secretary for the Department of Environmental Protection said that his staff “carefully reviews every invoice” and that since July 2015 has denied more than $3 million in legal expenses.