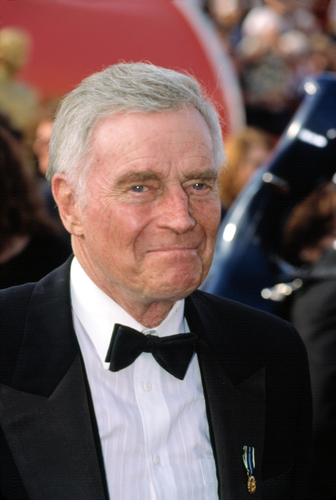 A defense lawyer in a murder case provided ineffective assistance of counsel for failing to seek the recusal of a judge who called an unusual in-chambers conference to inquire whether the victim’s family was happy with her, a federal appeals court has held.

The Philadelphia-based 3rd U.S. Circuit Court of Appeals ruled (PDF) on Tuesday in a case with a reference to the late actor Charlton Heston, a National Rifle Association president who had called the judge “Let ’em loose Lisa.” Reuters covers the decision and notes the Heston connection.

The decision overturns the conviction of Paul McKernan, who was convicted of murder in a bench trial 19 years ago.

The judge, Lisa Richette, called the in-chambers conference after discovering a critical blog written by family members of the slaying victim. The blog referred to Heston’s comments and called Richette “a bleeding heart judge that often sympathizes with murderers and other violent criminals.”

Richette called the defense lawyer, the prosecutor and two family members of the victim into the in-chambers conference. She said she considered the blog criticism “vicious and unfair” and she wanted to make sure the family members “are happy with me” in the case, which she described as “a horrible, horrible murder.”

The family members assured Richette they were satisfied with her presiding. And, while the defense lawyer exited to discuss the conversation with his client, Richette accepted an offer from one of the family members to allow her to “red line” blog comments of which she did not approve and to write her own thoughts about victimology.

After conferring with his client, the defense lawyer told Richette his client was concerned that the judge may feel the need to “lean over backwards” to prove the victim’s family wrong. The lawyer “inexplicably” talked his client out of those concerns, the 3rd Circuit said.

The lawyer may have made a reasonable strategic decision at the beginning to seek a bench trial, the court said. But “by the time Judge Richette held the robing room conference and revealed herself to be actively concerned with her image on the internet and the victim’s family’s perception of her,any competent attorney would have realized that the strategy had to be revised. …

“We therefore hold today that the right to an impartial trial extends to a bench trial, and that such right cannot be waived by a defendant.”