Suggest a caption for this cartoon about a blind Lady Justice unknowingly racing toward a stray banana peel while two lawyers look on. The winner of our March challenge will see his or her caption and credit printed in an upcoming issue of the ABA Journal.

Submit the caption you think best fits this cartoon by sending an email to captions[at]abajournal[dot]com with “March Caption Contest” in the subject line. Only entries received by 11:59 p.m. Sunday, March 12, will be considered. 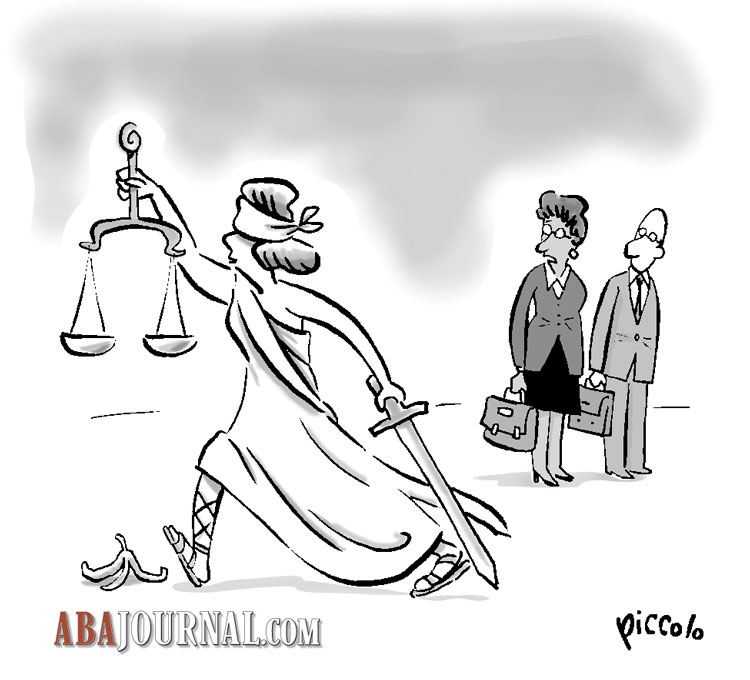 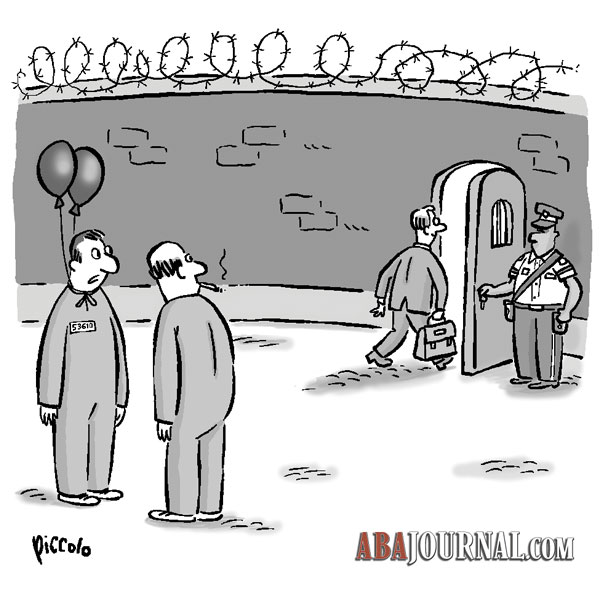 “How did the meeting with your attorney go?”
“He said these balloons had a better chance of getting me out than he did.”

Congrats to February’s winning contest contributor, Kevin K. Peek. His caption will appear in an upcoming issue of the ABA Journal.

How the contest works: Readers are asked to consider what’s happening in the cartoon in this post and submit clever, original captions. ABA Journal staff will review entries, pick their favorites, then ask readers to vote on the best of the bunch.

How to enter: Submit the caption you think best fits the scene depicted in the cartoon by sending an email to captions[at]abajournal[dot]com with “March Caption Contest” in the subject line.

Deadline for entry: Contest entries must be submitted by 11:59 p.m. Sunday, March 12.

What’s the prize?: Bragging rights. Plus, the winning caption and credit to the caption writer will appear in an upcoming issue of the ABA Journal.