Submit your proposed caption for this cartoon about a lawyer looming over a romantic moment. The winner of our January challenge will see his or her caption and credit printed in an upcoming issue of the ABA Journal. 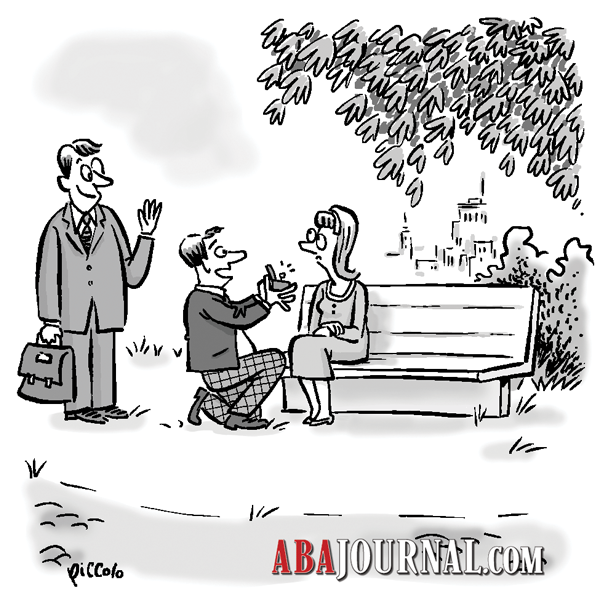 Submit the caption you think best fits this cartoon by sending an email to captions[at]abajournal[dot]com with “January Caption Contest” in the subject line. Only entries received by 11:59 p.m. Monday, Jan. 16, will be considered. 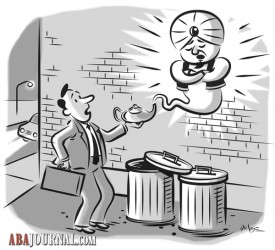 “Speaking of wishes, I wish to pursue a claim for false imprisonment and involuntary servitude!”

Congrats to December’s winning contest contributor, Joe Young of Cleveland. His caption will appear in an upcoming issue of the ABA Journal.

How the contest works: Readers are asked to consider what’s happening in the cartoon in this post and submit clever, original captions. ABA Journal staff will review entries, pick their favorites, then ask readers to vote on the best of the bunch.

How to enter: Submit the caption you think best fits the scene depicted in the cartoon by sending an email to captions[at]abajournal[dot]com with “January Caption Contest” in the subject line.

What’s the prize?: Bragging rights. Plus, the winning caption and credit to the caption writer will appear in an upcoming issue of the ABA Journal.